After two days of recovering from VSS, it’s time to get up very early in the morning and fly to Montreal. Luckily, the luggage doesn’t get lost en route (losing the tent and all our camping gear would spell disaster!) and we arrive in Montreal on time. The only hiccup is that Micha manages to lose his notes on where to find things and how to get to the bike shop in the airport. Luckily, Montreal is a wonderfully nice city with free public wifi. Not for the first time, I pay myself on the back for sorting out a new smart phone for this trip. We decide to split up: I’ll stay and watch over our bags while taking down some notes on our route, campsites, etc, and Micha will run around for a bit and try to find some camping gas (which for obvious reasons, we couldn’t take with us on the plane). 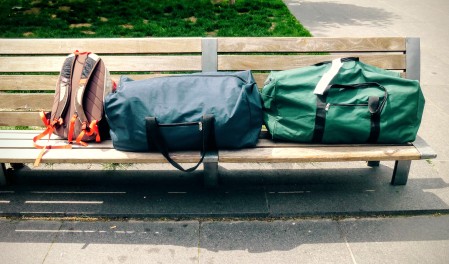 Somehow, all this is going to fit on the back of our two bikes. Honest.

Montreal seems pretty nice. I’m amused how the metro signs use a similar design and font to the Paris underground. 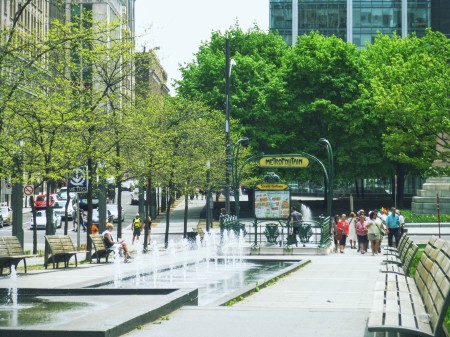 Micha eventually returns empty-handed. No camping gas. Oh well. No point getting stressed. It’s lunchtime… let’s go find something for lunch. Oh, we appear to be in a Chinese district? Well, I guess we’ll go for a Chinese for lunch. Sure. 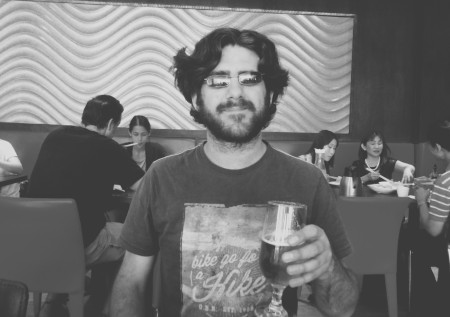 Ok, now that we’ve taken care of that, time to pick up the bikes and find some camping gas. The bike hire shop is really friendly, although getting everything sorted takes a while (packing panniers efficiently is always a bit slow!). We’re ready a little after 2pm and head off to the camping shop.

Urrghh. Cycling through city centre traffic isn’t much fun. I guess that’s one thing the Hebrides have going for them! The traffic is made worse by having all the luggage on the back of the bikes, and made even worse by me being pretty out of practice with cycling shoes (which clip on to the pedals). All the starting and stopping is a nightmare.

We get to the camping shop, put the bikes down, and I go to find out where I put my wallet… oh shit. Cue 20 minutes packing and repacking both pannier bags in the hope that it will magically appear.

Luckily, my “of course, it will be back in the bike shop” reasoning turned out to be true. I’d simply left my wallet in the pair of trousers I wasn’t taking, which we had left in the empty bags in the bike shop.

I guess that didn’t waste too much time? It’s now around half past three and time to head off. 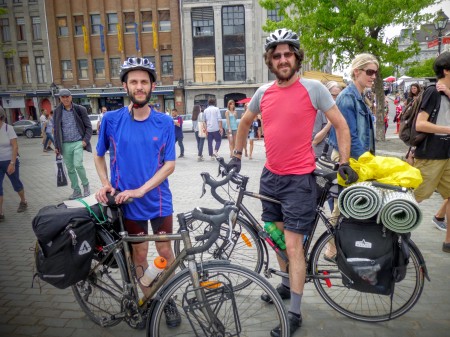 We haven’t started yet, and we’re already an hour and a half behind schedule!

Our first leg is Montreal to a campsite just south of Marieville. We straight away make a bad choice with directions, opting to go south rather than north. Our reasoning was that we had already just cycled down that way to the camping shop, and were eager to avoid retracing out steps. Plus, the Parc Jean-Drapeau looked nice! Much nicer than cycling through traffic.

The downside was we ended up taking a somewhat convoluted route. Really we should have just taken the Jacques Cartier Bridge. Instead, we end up getting held up by a vertical lift bridge. 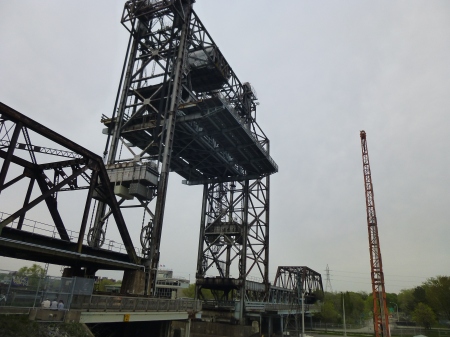 Hurry up! We don’t know where we’re going, or exactly how far it is to our campsite, or how long it will take. And we’re already behind schedule and we don’t want to be stranded out in the dark.

One the plus side we did see lots of bird life on the islands. The red-winged blackbirds are pretty nice.

We eventually get across to the other side of the river, but are then faced with an even harder challenge: how to actually get out of the city easily. There’s a bike path around somewhere, but we’re not sure where. And the route instructions we printed off are not so helpful. Plus, we’re already no longer on the original route. I seem to remember this happening a couple of times last time I went camping with Micha. But that time was on Orkney, and there are only two or three roads on the entire island. Not something you can say about North American cities. We eventually find a road that will take us to Chambly, although sadly it’s pretty busy. Lots of stopping and starting, and being stuck behind a bus (never a fun situation when you’re on a bike). 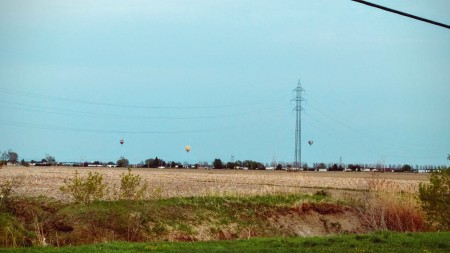 A gentler way to travel

After crossing over the Richelieu River we make an attempt to move on to a quieter road, but after cycling south for a mile or so, we find that our efforts to get off the dual carriageway would end up with us on a Highway. Lets not do that. Turn around, head back onto Route 112 and head east to Marieville.  Some food at a diner, then cycle out of town to find our campsite, arriving just as the sun is setting. 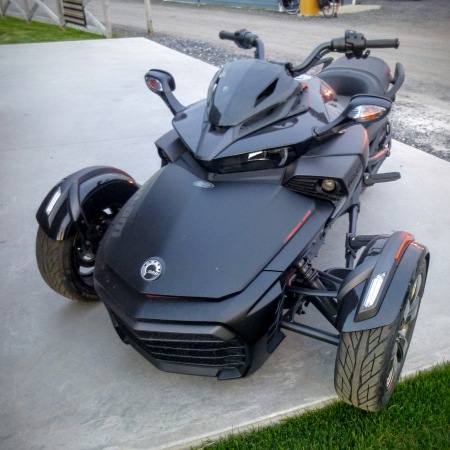 Now that is a pretty kickass tricycle. 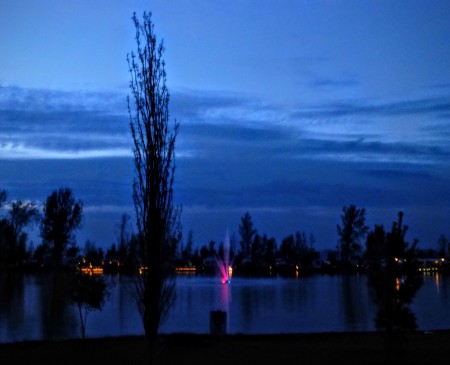 Time to get some sleep

VSS is pretty much the usual blur. Writing this two week’s after the conference, I can’t really remember much, so lets hope that nobody was presenting a major breakthrough. The conference was a success though, as I managed to set up a few potential collaborations with new people. I suspect I’m perhaps a little bit too keen on collaborating with people, but it’s my favourite element of academia so I might as well make the most of it! 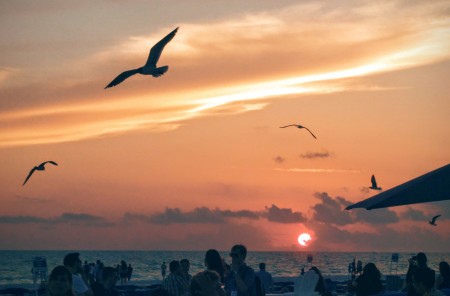 Those seagulls having nothing on the Aberdonian birds. 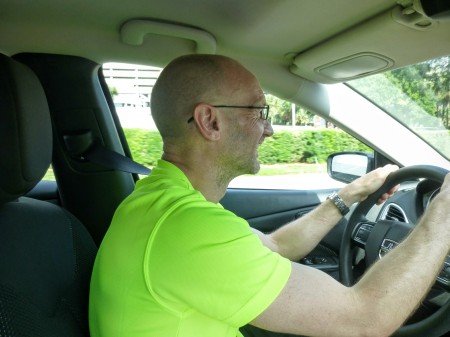 Paul is getting in to the Floridian way of things with an incredibly bright t-shirt.

Also to be considered a success: I managed to get through the whole conference with no hangovers! I am clearly slowly getting wiser. 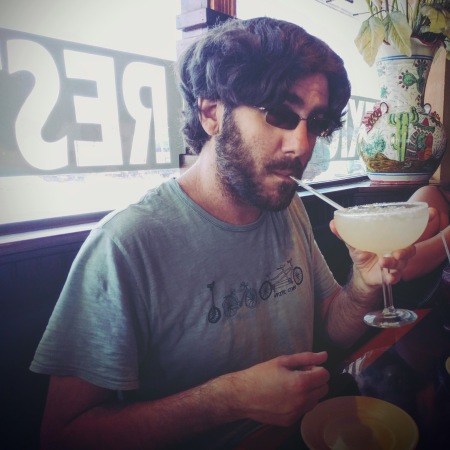 I still have some nice cocktails though! (and Mexican food)

My mood was soured one day as I received a job rejection, but the next evening there were cookies.

These will clearly help me reach peek physical fitness before my cycling tour. 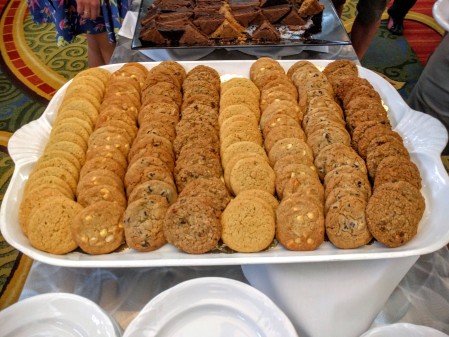 Anyway, I only had three…

So everything is alright again.

Sadly, the alternative actively was karaoke. Which didn’t sound like my cup of tea either.

And onwards, to Ohio! A day and a half to recover from VSS, meet up with a post doc who I met at VSS (the two of us are planning a little joint project), stock up on supplies, pack, before heading to Montreal! 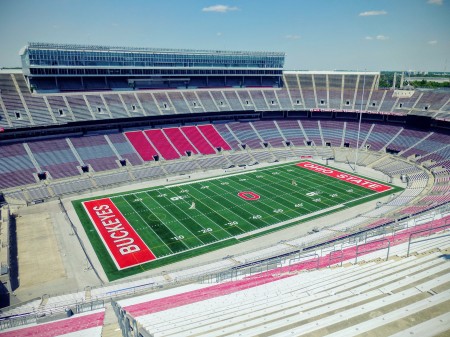 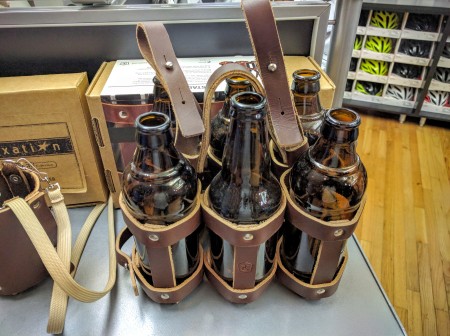 Moz, how come we never picked up something like this for previous trips? I was very tempted to buy it! 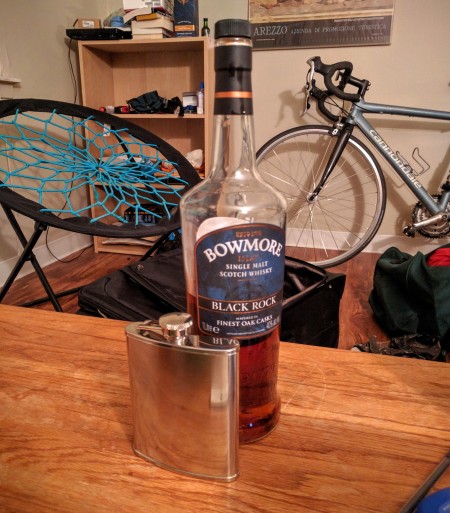